Saturday was a special one for the entire Trail’s End family as we welcomed our campers for the start of our 70th season and then unveiled the new basketball stadium prior to the start of our Opening Campfire. With great pride, Marc announced to the camp that the stadium would be dedicated to Starr and Stan Goldberg. 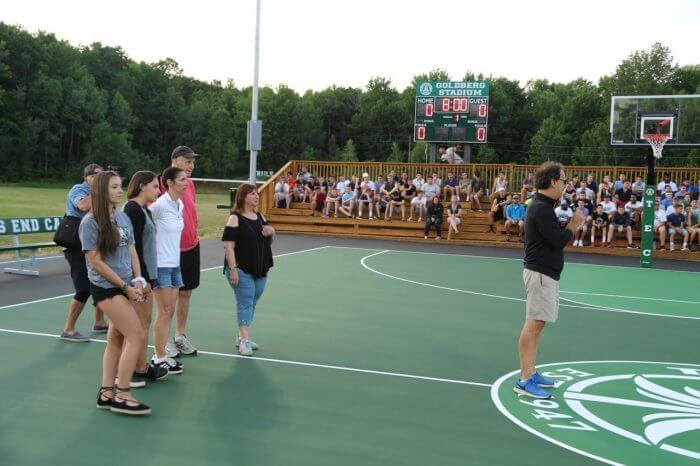 Since the early 1960s, the names Starr and Stan Goldberg have been synonymous with Trail’s End     Camp. In 1960, Stan was hired as a counselor at TEC. Two years later Starr joined him. Little did they know, 54 summers later, they would still be here AND they never, ever could have imagined that they would be celebrating this summer as their 30th year of owning Trail’s End, with their children and grandchildren by their side. 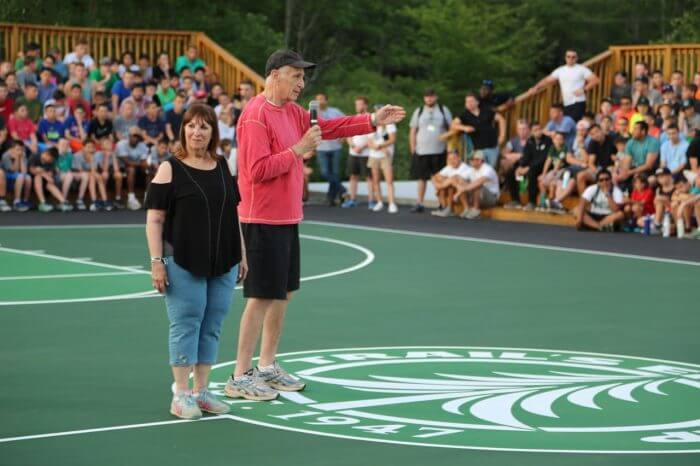 The Goldbergs make everyone truly feel at home. Their spirit and energy is boundless which is why our secret club is blessed to have this amazing couple leading us each and every day. Our camp slogan “better for having been at Trail’s End Camp” can be best felt and seen because of them. All of us are better for having had Starr and Stan Goldberg in our lives. 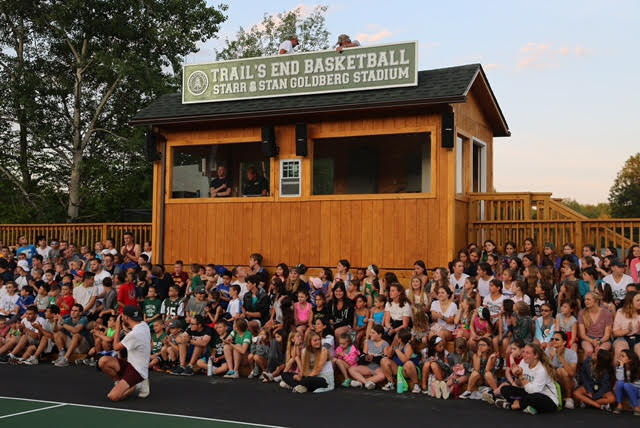 The amazing new basketball stadium, where campers will be shooting hoops and creating memories, has a press box, sound system, lights and a scoreboard. It will be an ever lasting reminder of these two amazing and loving camp icons.