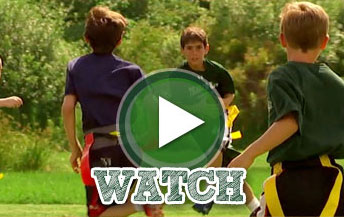 Complete with a booming sound system, bleachers and bright lights to illuminate even the darkest summer night game, the stadium has already inspired some exciting new traditions.  This summer,  we will once again be hosting football bowls complete with tailgate barbeques, and our 2nd Annual Alumni Day Varsity Football Game under the lights.

Watch the video above to see some great highlights from last season. We’re counting down the days until kickoff for the summer of 2014! 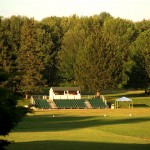 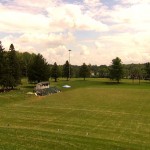 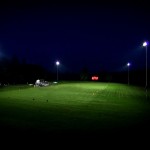 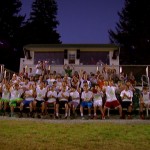 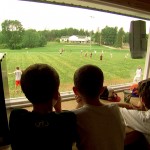 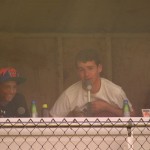 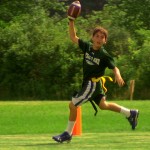 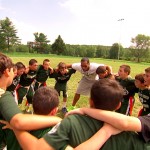 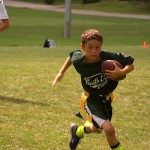 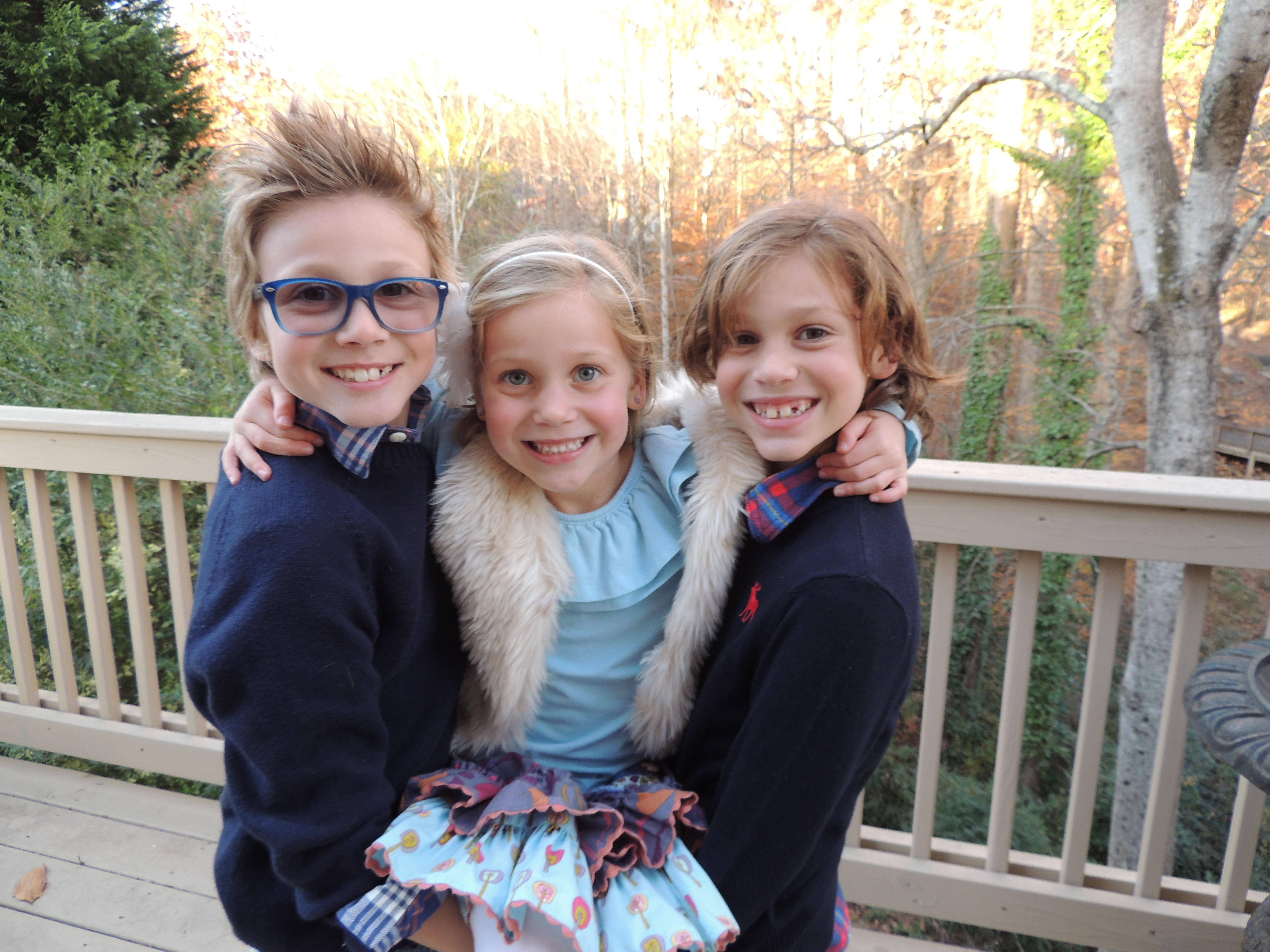 Last June, Harrison Mullen came up to camp from Florida for his first TEC summer as an Upper Ranger. He had an amazing time and this summer, his mom Shari, his sister, Victoria, and his brother, Samuel, will be coming to camp too – making it a true family affair!  We are very excited that Shari will be joining us as our new Tennis Director.

We recently spoke with the Mullen kids. We asked Harrison, Victoria and Samuel (pictured above) some questions about camp and their thoughts on the upcoming summer: 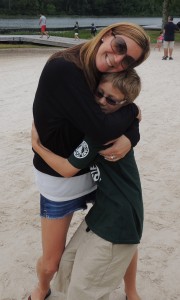 My name is Harrison Mullen, but my good friends call me Harry. This is my 2nd summer at Trail’s End Camp. I was born in Los Angeles, California (Go Lakers!) and moved to Delray Beach, Florida when I was a baby.  I attend Pine Crest School here in Florida. My favorite thing to do in my free time is play lacrosse.  I have played on many travel lacrosse teams, but right now I play for the South Florida Swordfish.  This fall we placed 2nd in the State!

I am so excited that my mom and little brother, Sam, and little sister, Victoria, will be at Trail’s End this summer because I will have them to sit with at the sibling lunch.  I think Sam will really like playing Taps and Victoria will like singing at the camper talent show.  My mom is going to love being the Tennis Director at TEC because all of the campers and counselors are really nice.  She has played tennis since she was younger than me and loves to play and have fun!   I can’t wait to experience the awesomeness of Trail’s End with my family. Trail’s End 2014 will be the best summer of my life! Below are some fun facts about me and my siblings coming to camp for the first time this summer! 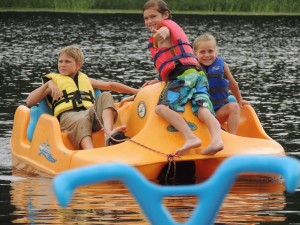 Favorite Band/Musician:  Eminem
Favorite Song: “Lose Yourself” by Eminem
Favorite Camp Activity: European Handball
Favorite Book:  “The Miraculous Journey of Edward Tulane” by Kate DiCamillo
Favorite Quote: “How hard would you play today, if you knew you could not play tomorrow?”
How did you know Trail’s End was the right camp for you:  I didn’t go and visit any camps because I live in Florida.  So I watched a lot of camp videos and decided on TEC. The TEC video was so amazing. That mixed with the people I know from Florida that go to TEC and a home visit from Marc, made me choose Trail’s End. I am so HAPPY I did!
Your favorite camp memory:  Olympics 2013 breakout.  The New Year’s Eve party was awesome!
Favorite Food: Ben and Jerry’s Everything but the Kitchen Sink ice cream
Favorite Camp Evening Activity: Boating and S’mores
Describe Trail’s End in four words: Fun, Awesome, Fun, Awesome 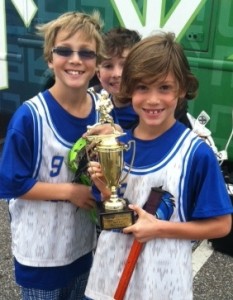 Victoria:
Nickname: Tori
Favorite Band/Musician: One Direction
Favorite Song:  Anything from Shrek the Musical
Favorite Food: Lamb Chops
Favorite Color: Purple
What are you looking forward to most this summer: Playing around gymnastics. 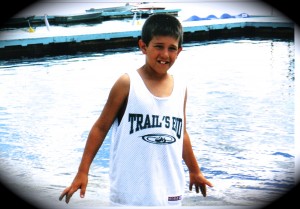 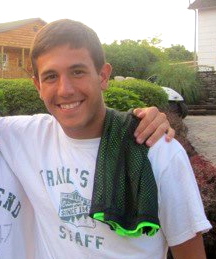 When Jake Solomon arrived at Trail’s End Camp for the 1st time in 2002, as an Upper Ranger, he began the ultimate camp journey that extended over 12 summers. A camp experience.

Unfortunately, after 4 years as a counselor, “real life” has taken over and Jake won’t be returning to TEC in 2014. Jake sent us an email recently sharing his thoughts and feelings about his summers as a camper and counselor. 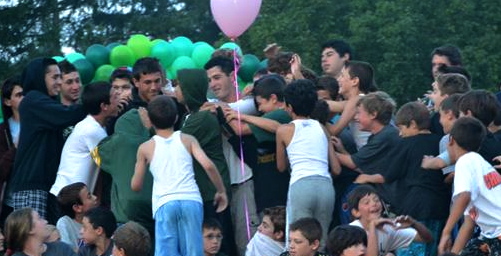 I was fortunate to have many great counselors through the years… To name a few:  Adam Fox, Matt Stroman, Ryan Daughtry, Issac White, Travis Peoples, Jeff Shephard and Mike Russell.

Once again, there were many but since you asked me to name a few, these instantly came to mind:  Jake Winston, Justin Potter, Adam Stenlake, David Margulies, Ben Bass, Johnny Mulhearn, Ben Taylor, Ali McIntosh. 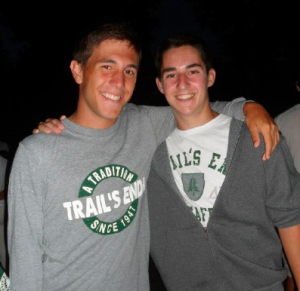 I love the leadership and family feeling that is formed at camp.  The level of support is amazing as you watch your friends, or your campers, grow and change for the better. A story on leadership that typifies TEC and still gives me chills to think about was a Team Eco-Challenge that came down to the wire.  Jeff Solomon (my brother) and Jake Secker had made it their goal to win this race.  Everyone thought they would definitely come in first.  They posted a great time and were confident that they had won.  I remember standing with them and watching their faces as Alex Baren’s team sped to the finish and ended up winning by seconds.  I thought Jeff and Jake’s team would be devastated.  Instead, they walked over and genuinely congratulated Alex. They were happy for him. To me, this is what TEC is all about, competing your hardest and even if you lose, you leave it all on the field, shake hands, and go back to being friends. 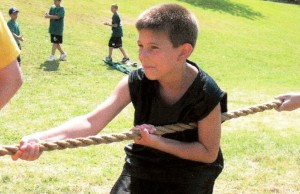 Varsity is the greatest thing for any kid going into high school. People go into Varsity knowing their bunkmates, but in the house, you room with new people, you share a lounge and you get to be with different age groups. Being with the older kids as a First Year and being with the younger kids as a Leadership Trainee (LT), is one of the best things about Varsity. I was an LT when Teddy Drucker, Michael Maslin, David Margulies, Mac Novich, and Ben Bass were 1st Years. They were some of my best friends that year and have grown to be some of my best friends in life.  I never really knew them before Varsity. 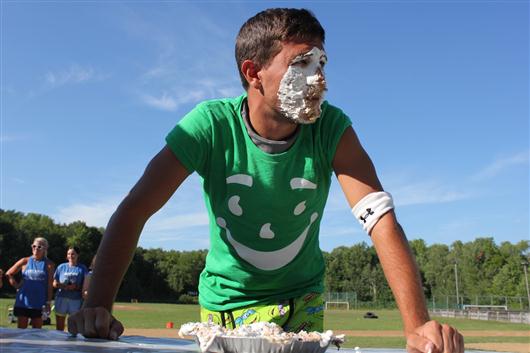 Final Thoughts – Not a Goodbye

I want everyone to understand the importance of Trail’s End Camp in my life and how I lived 10 months for 2. What gets people through those 10 months is the knowledge that there are another 2 months waiting for them at TEC.  Unfortunately, I will no longer be able to spend my summers at Trail’s End but I wanted to say thank you for always being there for me, and giving me the best 12 summers anyone could ever ask for.  Mostly, I want to thank everyone for making me into the person I am today and giving me memories and friendships that will last a lifetime.

I will see you at Visiting Day, Alumni Day and any other day I can be up in Beach Lake next summer for another great Experience.